Apr 26, 2019 - Industrial Motion Control - Should I Choose a Linear or Rotary Motion System?

When you operate an industrial facility, there are a lot of simultaneous functions that require your attention. Right from logistics to manufacturing, you can find yourself lost in the fray if you don’t have the right mechanics by your side. 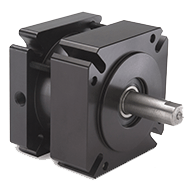 What does motion control mean? A motion control system does the herculean task of controlling the positioning, velocity, and force of industrial machinery. When undertaking an operation of such magnitude, it’s important to usher in operator safety as well as incredible precision.

This is why it’s integral to trust your operations to the best. Nexen industrial motion control systems will aid your business operations a great deal. Nexen is an industry leading manufacturer for power transmission and web tension control products. The end result is state-of-the-art engineering that delivers production excellence.

The Essentials of Motion Control - What You Must Know

Any electromechanical motion control product will require a central intelligence system or the “brains” that oversees the entire operation. This is also called a motion controller or, in other words, an automation controller. Besides this primary component, the motion control system will also consist of;

Coming back to the motion controller itself, or the brains of the system, this nifty component calculates and generates the output for commands; commands that essentially go on to inform the right motion path and trajectory.

Now you must be thinking that it would take a very complex system to pull off such a task. In reality, motion controllers are available with different levels of complexities. In essence, the more sophisticated controllers have a trajectory generator (that plans the path), interpolation system a control loop to manage servo motors.

This system doesn’t require feedback for the verification of the right output. Several projects incorporate such types of systems.

This system requires feedback to confirm the right result has been achieved. For instance, encoders (which are feedback gadgets) offer data about the positioning or speed to the brains (motion controller). A servo motor application typically requires a feedback mechanism.

To put it plainly, motion automation would not be possible without an actuator. These are devices that convert data received through a signal into physical motions. Actuators are what bring the actual motion of the machinery to life. There are two main kinds in the market; linear and rotary actuators.

These are the most common types of actuators that you will see in computers, video game consoles, DVD players, industrial machinery, and the likes.

As the name suggests, they function fairly simply in that they function on a linear motion path. Basically, they travel backward and forwards along a straight trajectory. These movements are detailed in linear units like inches or millimetres.

Linear actuators are able to move in just two directions on a clearly defined path and, as such, they are finite in their operability. In essence, they can move for a predetermined distance in either of the two directions until they come to a halt.

A rotary actuator does the job differently. They generate rotary motions in that the actuator itself revolves along a circular trajectory. Unlike linear actuators, the rotary actuator motion is detailed in degrees.

While rotary actuators can mimic linear actuator behaviours by being set to finite, their performances can also be set to infinite. Because it isn’t restricted to a linear path, this kind of actuator has no fixed distances. The table is capable of spinning in a particular direction for as long as is needed. When used with servomotors, rotary actuators are set in a fixed angular stance.

Whether you’re opting for a linear or rotary actuator, you have the freedom to choose between electric, hydraulic or pneumatic systems.

If, on the other hand, you’re looking for a rotary motion system, we provide high precision systems with high torque brakes and mechanical torque limiters - all with absolutely no backlash!

Your project stands to benefit with the best products in the industry!