May 16, 2019 - Celebrating the anniversary of the Trackmobile® ATLAS! 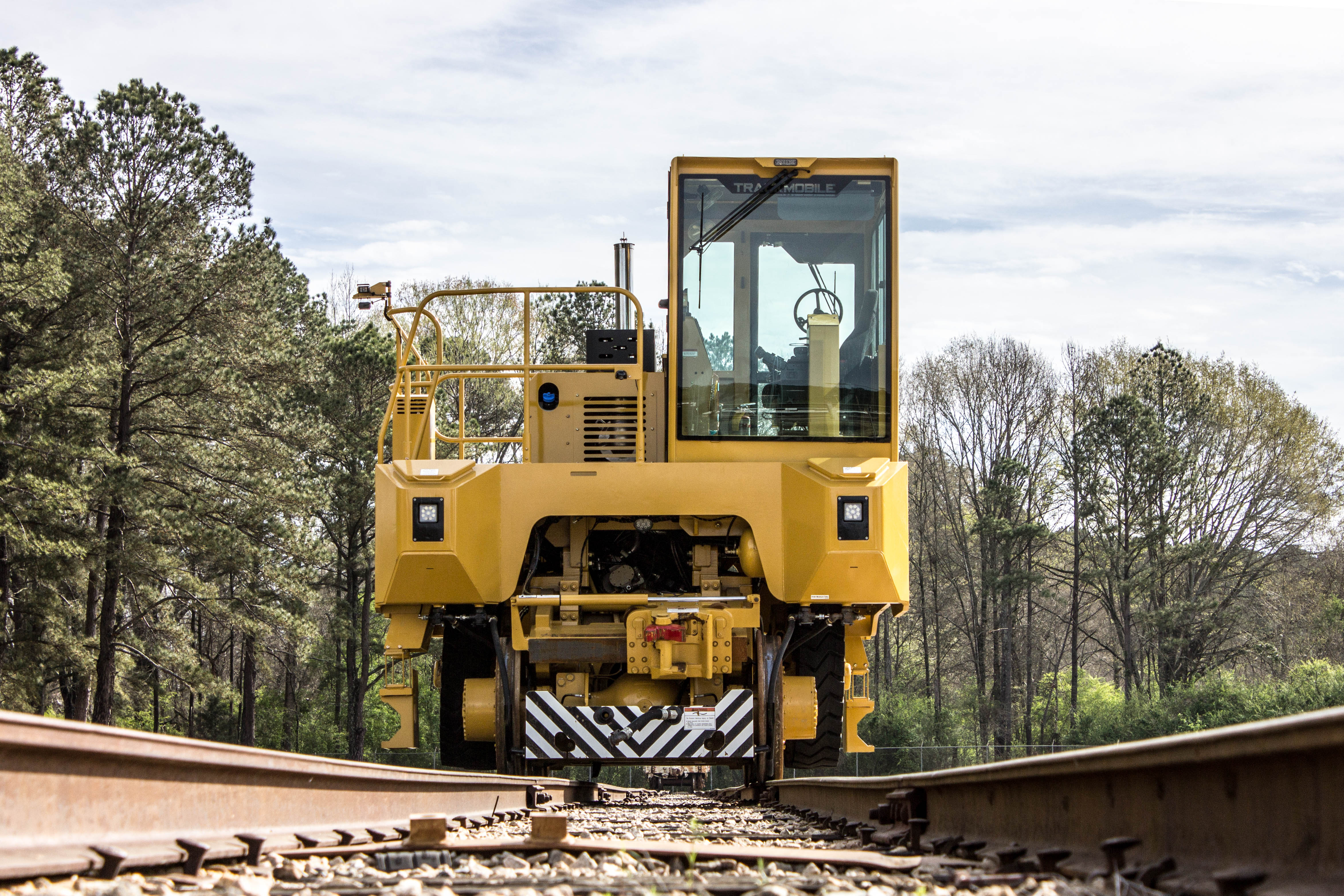 In Greek mythology, ATLAS was a Titan condemned to hold up the celestial heavens for eternity after the Titanomachy. Just like the Greek Titan for which it was named the ATLAS is designed to be the most durable and toughest railcar mover of the modern era. This time last year Trackmobile® announced its’ new ATLAS model that was engineered to better accommodate rail application locations requiring greater tractive effort due to unfavorable conditions. In honor of the success and outstanding performance results the ATLAS has had we thought it pertinent to take the time to celebrate a masterpiece of engineering achievement!

Trackmobile® and the ATLAS name have a long and diverse history. The Atlas V expendable launch system was developed by Lockheed Martin Commercial Launch Services as part of the US Air Force Evolved Expendable Launch Vehicle (EELV) program and made its inaugural flight; with a great deal of help from Trackmobile®, on August 21, 2002.

Delivering 43,900 pounds of single coupled tractive effort, and 60,200 pounds when double coupled, the ATLAS not only offers more capacity but also offers state of the art operator comfort & ease-of-use. Furthermore, as is standard in all Trackmobile® models, the ATLAS is equipped with cutting edge technology such as the Safe-T-Vue™ 360° Camera System, on-board touch screen displays, and a real-time diagnostics system to assist with proactive maintenance.

The first new model introduction by Trackmobile® since 2006, the ATLAS is loaded to capacity with enhanced features, including:

On-site testing of the Atlas at several different customer locations with challenging environments has proven that the newest design delivers as promised and much more.